Patch Adams calls for 'a revolution of loving'

JN consulting editor Hunter ("Patch") Adams, M.D., has called for "a huge revolution of loving in America and the world."

Patch believes that "a revolution of loving" would help solve the problem of racism and other problems in society.

"Does any country in the world teach a one-hour course on loving?" he asks. "How many couples love one another? Maybe 15%?"

As a l6-year-old boy, Patch became so deeply depressed and suicidal that he committed himself to a mental hospital.

At age 18, in Washington, D.C., he was present at, and was inspired by, the "I Have a Dream" speech of Rev. Martin Luther King, Jr.

Patch decided: "You don't kill yourself; you make a revolution."

So he made a revolution of love and fun. He decided not to take antidepressants. He decided to never have another "bad day," and to live with six qualities at all times: "happy, funny, loving, cooperative, creative, and thoughtful."

Patch became a physician, discovered the healing power of humor and love, and added humor and clowning to his medical practice. Patch, part of whose life was portrayed by Robin Williams in the 1999 move "Patch Adams," came to believe that humor, laughter, play, celebration, joy, faith, compassion, creativity, and good nutrition are integral parts of the healing process.

For years, until the pandemic quarantine, he traveled extensively with his clown troupe to hospitals, orphanages, and refugee camps in 70 countries with that message. "I've been to 10,000 deathbeds," he recently told JN.

"When I go into a hospital as a clown, I ask the doctors and nurses, 'Who is suffering the most?'" Last February he asked that in a hospital in Ecuador, and they led Patch, in his clown outfit, to the room of a 5-year-old girl named Valesca. Valesca had been raped two months earlier, and since that time had not opened her mouth in any way – not to speak, cry, or eat, Patch recalled. She was starving to death. 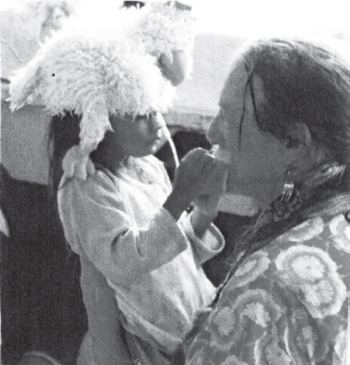 "I stayed an hour with her, and I was stunned," Patch recalled. "She had the saddest face I ever remember (and I've seen many sad ones.) In the entire hour I spent with her, I saw no light in her eyes – no expression. For 20 minutes, I just held her. Then she let me hold her hand. Then, when I laid on the floor, she hugged me and fell asleep."

Patch returned to see her the next day, but then he and his clown troupe had to leave Ecuador. But friends sent him regular reports on Valesca, and two days after Patch left, they reported that she was running up to people and hugging them, and was back home playing, eating, and back at school.

Three months later, a friend sent Patch a photo of Valesca, with a big smile on her face, hugging a friend. "I didn't even recognize her," Patch said.

Valesca's recovery was only one of many examples of the healing power of love and humor.

Adams, an avid environmentalist, said he woke up on Earth Day and "gave the earth a big hug in our front yard. I've been talking about climate change for years all over the world and have gotten little response. Since the pandemic, I've gotten letters from people who say, for the first time, they see the stars in the night sky in their city."

He added: "I love The Joyful Noiseletter! Thank you for including me. I found all of your newsletter basic good health information. Let's hope many people will start making an effort to be healthy in the face of the coronavirus."

Adams said that during the pandemic quarantine, he wishes he had a television show called "Fun at Home" because "I know many people staying at home could use some help engaging in happy, funny, loving, cooperative, creative things and having a glorious time at home with your family."

Patch Adams, M.D., deserves his own television show. JN also recommended that Patch be invited to the coronavirus press briefings.

©2023 the Joyful Noiseletter. All Rights Reserved

The first laugh in the Bible

God is a God of laughter

An old Orthodox prayer to end an unorthodox war

IT'S A MIRACLE! A health and diet book with a spiritual focus

A New Year's prayer to end all epidemics

The healing power and joy of forgiveness

God is in the punch line

The Gospel according to Erma Bombeck

GESUNDHEIT! What we all can learn from Tom Brady, 'St. GOAT'

Is the Press Sleeping on the Job? Beyond Pesticides & the rise of interest in organic foods

An Easter Reflection: Where did the Pharaohs go?

Whatever happened to 'good works'?

What the news media didn't tell you about pandemics

The Christ-Like Will Rogers

Look for the helpers!

Patch Adams calls for 'a revolution of loving'

Joy at the Last Supper

Why not invite brains to the coronavirus press briefings?

A 'Resurrection Day' for healed parishioners?

'March of Prayer' is 'March Gladness'

Lincoln Kept Himself Sane with Humor and Jokes

Words to Start the New Year

You can subscribe to the printed or electronic version of JN by: